In times of pandemic, where does international solidarity stand? 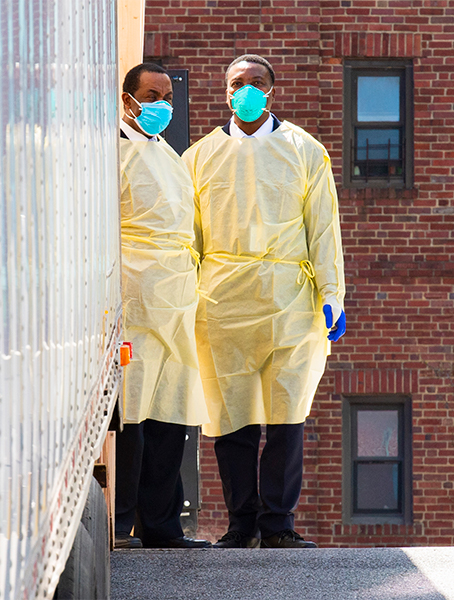 21 Apr In times of pandemic, where does international solidarity stand?

Posted at 10:51h in Ideas by Diana Alves 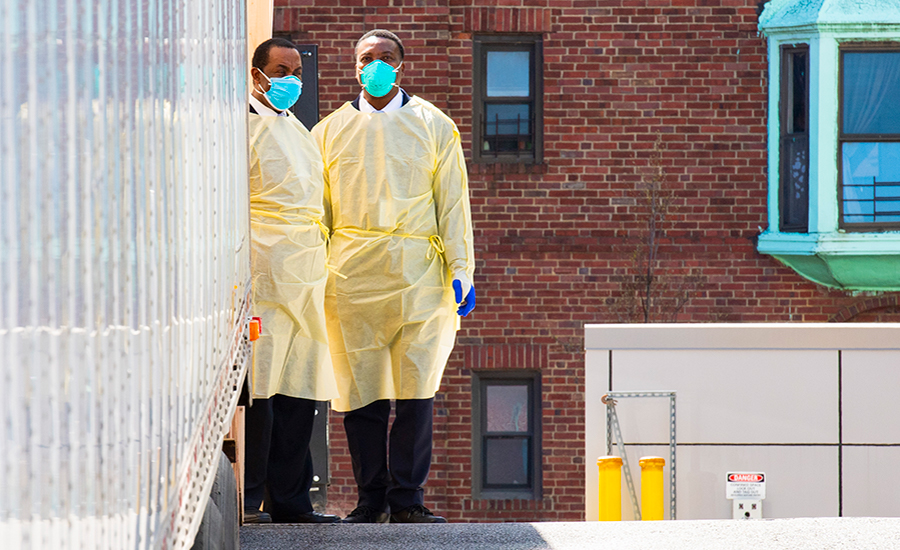 The impact of the current global pandemic on international solidarity is already undeniable. While the states of the European Union reveal a deepening of past divisions that hinder the Union’s action – visible during the adjustment period or the so-calledmigration crisis -, news outlets echo the predominance of competition over solidarity, from buying medical and personal protective equipment to fight the virus, to disagreement over instruments of debt mutualisation (the so-called “corona bonds”) or even some aggressive rhetoric reinforcing the lack of unity instead of an effective cooperation between European countries. Furthermore, in these practically mono-thematic times, news coverage of the humanitarian tragedy of refugees at Europe’s borders is suddenly absent from the media, within a Europe that is turning inwards and shutting itself.

We know that the balance between health and economy, notwithstanding the latter evidently being above the former, is a difficult challenge, because both concerns should go hand in hand in crises responses; otherwise there can be adverse and particularly serious outcomes at political, economic and social levels. The pandemic will have a brutal and inevitable impacts on all countries, rich and poor, now faced with unimaginable challenges that are reinforced by a general sense of instability and uncertainty towards the future. In poorer countries, where large share of the economy is composed by informal businesses, the pandemic’s social impact will be particularly harmful, as many people and families are confronted with the impossible choice between staying at home and avoiding the disease, or going to work to avert hunger (e.g. the current examples of African countries, India and Brazil). The pressure on health care systems, felt by us in wealthier countries, is a sure condition for calamity in countries with weak institutional capacities, inadequate conditions for effective health and sanitary responsiveness, with weak social protection and a large scarcity of human and financial resources.

In addition, the civil society space is shrinking and particularly threatened in this global context, reinforcing a previous trend of restricting individual and collective rights, which was already evident in an increased difficulty in upholding human rights, the right to freedom of expression and the right to development. It is therefore, increasingly important to support civil society organisations’ capacity for action, both in direct assistance to populations and through advocacy and political influence, and also reinforcing their contribution to a democratic culture and a more effective fight against poverty and inequality.

On the other hand, the pandemic also represents an opportunity to rethink development and economic models, to redirect production and consumption patterns, accelerate the energy transition and reverse the disastrous course of resource predation and environmental degradation. An expected reinforcement of protectionism, nationalism, or the competition of realpolitik should also be countered by a reinforcement of international cooperation and solidarity. The United Nations Secretary General’s appeal for a global ceasefire is a commendable attempt to mitigate the pandemic’s impact on more fragile and conflict-affected countries. Throughout the world, we also witness encouraging signals, with the collaboration and networking among the scientific community, various businesses and States taking measures to protect their citizens and supporting common actions for fighting the disease, and many citizens mobilised for helping each other and cooperate beyond borders – geographic, ethnic, social and economic, or others.

That must, also, be the path chosen in development cooperation. More than ever, it is necessary that people’s needs and aspirations be placed at the centre of development processes, undertaking additional efforts to realise the 2030 Agenda for Sustainable Development – which is in itself a framework for action and response, collective and global. The enormous pressure on public finances requires difficult decisions in donor countries, but their action can make a difference particularly at this time, by reducing the human and economic costs of the crisis. Assistance should be directed especially to the poorest and most vulnerable, the coordination of aid programmes must be reinforced and an additional effort should be made for continuing structural projects andprogrammes. Flexibility is definitely one of the keywords: flexibility to adapt or re-orient international community’s support and refocus on what is most important, to act increasingly together, to work in a more coordinated manner and diversify partnerships, and to implement the lessons learnt from previous crises.

The present crisis is a test to our common humanity. It therefore requires adequate responses that unequivocally express our common sense of global citizenship, empathy and solidarity.

Article by Patrícia Magalhães Ferreira, an independent consultant and researcher on development and cooperation, associate consultant of VFC.

Has a vast experience about the work of the EU institutions in the development sector, namely in Humanitarian Aid and Cooperation and Development Financing. She was the Development Counsellor at the Portuguese Permanent Representation to the EU Institutions in Brussels (2008-2015). Before that Vera coordinated programmes and managed projects at the PALOP-TL desk of IPAD, the Portuguese Agency for Development Assistance, where she was Vice-President (2006-2008) and also a member of the Executive Board (2004-2006). She was also an Advisor to the Secretary of State of Foreign Affairs and Cooperation (2003-2004). Since 2015, Vera is an associate consultant of VFC.

Physician with field-work experience in developed and developing countries. He is leading the operational areas of the Institute Marquês de Valle Flôr for over than 25 years, including in the design and management of development cooperation projects. In 2013 he was given by the Sao Tome and Prince government a Diploma of Recognition for his services in favour of development. Ahmed is an Executive Manager of VFC.

Has been working in several Development Cooperation domains, with a focus in the design and implementation of Global Citizenship projects. She has promoted several projects in these fields, usually in partnership with international and national organisations as well. Ana also designs and implements training actions and advocacy campaigns.

Has done and published studies on Development Cooperation and global economic trends and promoted several events, with a focus on Africa and on the relationship of this Continent with Europe and other countries. He is Executive Director of the Lisbon Club. Fernando is an invited Associate Professor at ISCTE-IUL, a speaker and a commentator on Africa and development issues in various media.

Has been working in various Development Cooperation fields, having an expertise in projects’ management and evaluation. She was president of the Portuguese Non-Governmental Development Organisations (NGDOs), is a member of the Technical Secretariat of the Inter-Municipal Network for Cooperation. She has consultant expertise in several areas, namely decentralised cooperation, human rights, food safety, health care, environment, water and sanitation. Hermínia coordinates the projects’ team of VFC.

Assists the administration of VFC in operational areas in various fields of development cooperation, helping to supervise and coordinate projects mainly in public health fields. Ana has field-work experience in public health projects support, namely in Guinea-Bissau and Sao Tome and Prince.

Has a vast working experience in cooperation and in research institutions. He was vice-president and president of the Portuguese cooperation agency between 2001 and 2012. He is an expert in tropical agriculture, having implemented and evaluated several rural development projects, with a focus in Angola. He is Associate Professor at the Higher Institute of Agronomics of the Lisbon University and chairman of Center of Tropical Studies for Development. Augusto is an associate consultant of VFC.

Has a significative working experience in Development Cooperation, with a deep knowledge of European negotiation procedures with developing countries, namely the ACP. She was advisor at the Permanent Portuguese Representation in Brussels for the EU-Africa relations from 1999 to 2012. Carolina is an associate consultant of VFC.

Has a significative experience of participation in projects and research activities in the domains of Agricultural Production, Commercialisation of Food Products and Environmental Protection, namely in East-Timor, Angola and Guinea-Bissau. Leonor is an associate consultant of VFC.

Has experience in managing and evaluating Development Cooperation projects, focused on Cultural Heritage in Guinea-Bissau and on Education in Sao Tome and Principe. Since the end of 2018 she is the Resident Coordinator of a Rural Development and Employment Generation project in Gambia. Joana is an expert in other fields, including Migration and Demography.

Has worked in various Development Cooperation fields, including in Humanitarian and in Technical Assistance projects. Agriculture, Rural Development and Civil Society Capacity Building are his major action domains. João has managed several projects and did field-work in various countries, namely Mozambique, Guinea-Bissau and Indonesia.

Has a significant work experience in Global Citizenship projects, as well as in the design and implementation of events and training actions in the aforementioned areas. Mónica has a strong experience on communication, namely in creative ideas for designing, implementing and dissemination of projects and campaigns.

Manages Development Cooperation projects and has worked in various cooperation fields in Angola, Mozambique, Indonesia and in Latin America countries. Teresa currently manages projects for the reinforcement of Civil Society institutions and for agricultural planning in Guinea-Bissau.

Physician with a significant experience in the fields of Intensive Care, Medical Emergency and Internal Medicine. He has also a large experience in the management of hospital emergency services as well as on the design and implementation of telemedicine projects. He is heading the Institute Marquês de Valle Flôr since 1986, having led the transformation of the Institute in the Portuguese foundation with a broader range of activities in development cooperation.

Has been working in the domains of elaboration of studies and evaluation of programmes and projects and in the design and implementation of events in the fields of Development Cooperation. She has done field work mainly in Angola, Mozambique and Cape Verde. Patrícia has done consultancy for national and international organisations, including for Camões and CONCORD – European NGO Confederation of Relief and Development, among others. Patrícia is an associate consultant of VFC.

This site uses cookies to enable a better user experience. By browsing the site you are consenting to its use.OkRead More